You Are Here: Home → NYC Bans Smoking in 1,700 Parks, Some Beaches, Marinas and Pedestrian Plazas

Last week, Mayor Michael Bloomberg, the Mayor of New York City, was able to lobby the City Council into banning smoking in about 1,700 parks and 14 miles of public beaches (including boardwalks), marinas and pedestrian plazas. This current act by NYC seems to be an extension of the ban on smoking in New York City bars and restaurants, passed in 2003. 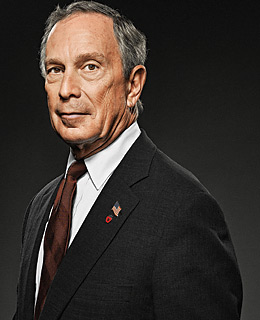 How Other Cities Around the World Deal with Public Smoking

Italy, in 2005, banned smoking in all public indoor spaces including bars and restaurants, cafés, and discos. Like the ban in Buenos Aires, However, these establishments are allowed to provide specially contained outside areas and dedicated, sealed inside rooms for smokers. Interestingly, as of this writing, only a small handful of  restaurants and bars have provided dedicated smoking rooms.

Vatican City, led by Pope John Paul II in 2002, banned smoking in all public areas and contained inside areas where there is a workforce including museums, libraries and churches.

Don’t visit Vietnam if you’re a smoker. Vietnam, in 2005, banned smoking in offices, production facilities, schools, hospitals, and on public transportation vehicles across the nation in an effort to complement the previously passed smoking ban in contained indoor spaces and public facilities in Ho Chi Minh City (formerly Saigon). Moreover, Vietnam has gone further than other countries by banning smoking advertising as well as cigarette sales from vending machines, telephones, and the Internet.