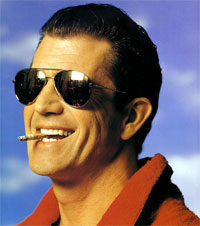 Parents will endure any sacrifice, no matter how painful, for their children. Ironically, Gibson’s mother smoked “when I was in her womb”. Gibson began smoking at age nine.